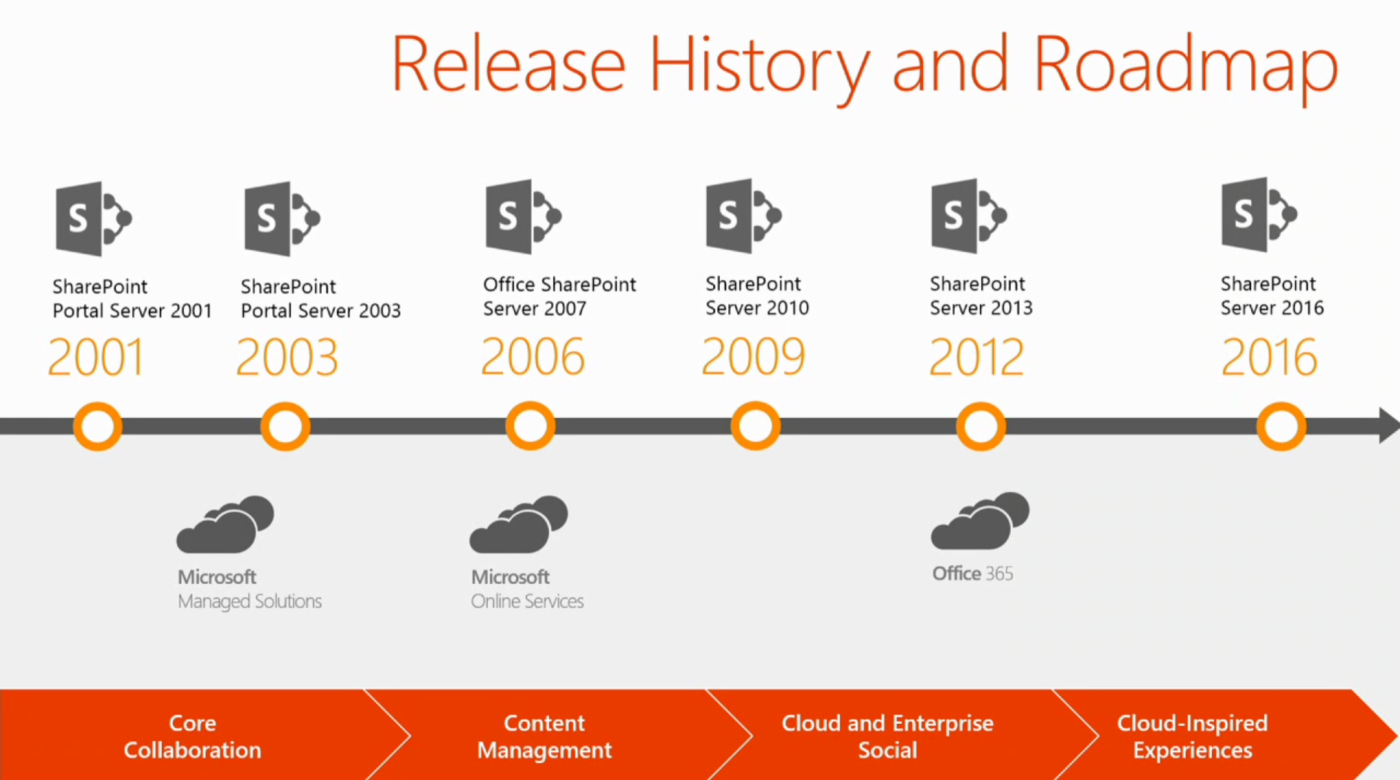 It has been great over the years. Seeing it grow up from a basic document library to a robust fully featured enterprise portal and content management, with search, taxonomy features, modern development methodologies, BI, an App Store and so much more.

And then things got serious. Office 365 stretched its arms out and took SharePoint in, and much like a caterpillar in a cocoon, SharePoint went dark. SharePoint has been in the cloud years before Office 365 came around, but it was only over the last year or so when has Microsoft shifted such focus to their cloud offering that it scared some of the older SharePointers. Rumors ran the interwebs saying Microsoft is getting rid of SharePoint. Office 365 is the beginning of the end for SharePoint….

I had the opportunity to attend Ignite this year, and it was great! Coming from SPC the year before I think a lot of people were expecting more SharePoint sessions. I saw a lot of SharePoint faces around the conference, and reconnected with many. SharePointers were there in full force. Then the great keynote session, and Satya didn’t say SharePoint! All we got was “collaboration tools”.

Once we got in there and things started up we realized this wasn’t the case. SharePoint is not dead. There were more sessions on SharePoint then initially thought, a lot of them masked in sessions with words like Office 365, Azure and more. but there were more than 200 sessions available!

What happened? We thought SharePoint was dying! SharePoint was dark because, well, it was procreating, and everyone knows you don’t mess with a pregnant momma. SharePoint is now a proud momma of so many fantastic features like Delve, OneDrive, Video Portal, Microsites, Blogs, Cloud Search, and more! All of this awesomeness is only possible because of SharePoint.

SharePoint as we know it now is changing, rather growing, maturing, evolving.

It’s a great thing, it really is! If you’re a fan of Darwin, then you have accepted evolution, why not for SharePoint? It is happening at a much faster pace, and it costs a lot more money, but it’s a good thing. SharePoint may not be named ‘SharePoint’ in 5 years, but it will always be there, in the background.

So accept it, SharePoint isn’t going anywhere. Below are some key areas I found that will highly impact enterprises over the next year as Office 365 continues and SharePoint 2016 is released.

Highly doubtful from where I’m sitting. Watch these two videos (below) showing off the new feature sets and paths for SharePoint 2016. It is very promising that Sharepoint will be alive and well on-prem for longer than we feared. In a few sessions it was said that Microsoft has changed their approach for on-prem: cloud first focusing on working and enhancing cloud then rolling that down to the on-prem installs. It’s a great model as the features are heavily tested well before they’re deployed into our production farms.

Check out The Evolution of SharePoint and What’s New for IT Professionals in SharePoint 2016, long list of new stuff!

This is a new announcement, and starts in SharePoint 2013 later this year via a SP or CU. The Cloud Search Service Application will offload your search queries and indexes to the cloud, yes, really, a real hybrid seamless search experience. Your on-prem only needs the crawler, and the crawler then pushes everything to the cloud. This will work with SharePoint 2010/2013, FileShares and BCS! Enterprises don’t need a robust search farm anymore to store indexes with millions of items. Let Microsoft’s FAST team handle it. This should impact a lot of enterprises, freeing up some expensive hardware and hopefully reapplying performance to our end users ;)

OneDrive was a huge topic during Ignite, lots of good sessions. OneDrive is Sharepoint’s oldest child. OneDrive is a SharePoint site with a library, and some very specific features targeted to that experience. There are some great improvements coming down the line, especially on the sync tool. My biggest joy comes from the new selective sync option

I’ve been waiting a long time for this. The new sync tool is based on their consumer version, which is solid and has millions of users.

Groups have been around for a little bit, Microsoft introduced them I believe late last year in Office 365. Groups allow you to create groups of users grouped together for a grouped goal… Groups will span Outlook, Yammer, Delve, OneDrive, etc.. It’s the new team idea, allowing you to create dynamic groups on the fly, add users and then relate content across these applications. Definitely feeling like the new team collaboration concept from Microsoft, however this is missing metadata, lists, etc. that SP does so well. I’m curious to see how team sites will fit in the coming months.

The above video goes to a deep dive, there is an overview session but the video isn’t available, yet.

A lot of the recent updates have been personal, focusing on the user base. What about the business? We have some new exciting pieces coming there as well. MS showed off some new portal templates which will fit 80% of businesses easily. The goal isn’t to replace the customization options currently available, instead provide new additional options for businesses to create rapid portals in lower amounts of time and effort.

Auto save is coming as well! Especially to blog and microsites, SharePoint will auto save your page while you’re editing. For real, auto save page content…. I can’t wait!

What about on-prem NextGen Portals? No idea, the sessions were focused on O365, but I would expect these to be available onprem eventually, possibly with 2016?

What about team sites?

See Groups Above. Otherwise, nothing. Not one peep about team site improvements that I could see. Does that mean it’s going away? Maybe. Team sites, collaboration sites, do what they do really well. OneDrive, Groups, Delve introduces a new team concept, allowing users to spin up teams as needed. We’ll see where this goes.

The Office 365 improvements are all over the place. Watch the videos to find out more. Given the rapid update model things may be available by the time you’re reading this. As far as SharePoint 2016, it is scheduled for beta later this year and RTM by Q2 of 2016.

Microsoft is making great strides to improve the product base, adding amazingly rich, user-centric functionality that will only improve productivity and user adoption of these services. During the Evolution of SharePoint session it was stated a few times that there is no expectation all businesses will go to the cloud, and Microsoft will continue to improve on-prem as they go. I don’t see SharePoint dying out any time soon!

One thought on “SharePoint’s Not Dead…. It Procreated!”

If it’s not obvious, this is a personal blog. Everything I write here represents my own findings and opinions, and not those of my employer.